The Atlanta region is one of the most unique metropolitan areas in the country, thanks in large part to the fact that it is compromised of so many flourishing counties. One of the most fascinating facts is that each county is as distinctive as the people themselves; each with its own personality and remarkable features. And within each county, you can take it one step further to the many cities and towns that it’s comprised of!

Individuality and diversity are two features that make Atlanta the Hollywood of the South. During the 2018 fiscal year, 455 television and movie projects called the Peach State home. In addition to popular TV shows like The Real Housewives of Atlanta, Chrisley Knows Best and The Vampire Diaries, Atlanta is also the stomping ground for many wildly successful HGTV shows like Flip or Flop Atlanta and episodes of Flipping Virgins and House Hunters. Allow us to introduce some of the most sought-after Atlanta counties and neighborhoods that are featured on the addictive network.

Flip or Flop Atlanta, which features a family business operated by Atlanta-based real estate agents Ken and Anita Corsini, has showcased the flipping of more than 100 houses in the metro area. They are constantly racing against the clock to buy, renovate and flip old Southern homes and abandoned properties in just a matter of weeks. The second spinoff in the HGTV’s popular Flip or Flop franchise has attracted more than 7.9 million viewers since its 2017 premiere and helped HGTV rank as a top three cable network among upscale women ages 25 to 54.

Flipping Virgins, also an exclusive Atlanta-based show, is hosted by property expert Egypt Sherrod and has quickly become the go-to series for practical real estate advice for first-time home flippers. In fact, more than 10 million viewers tuned in to watch the popular series last season. The hit HGTV show has been firing up first-time home flippers since 2015, and it is now in its third season. Each newcomer to the show has to work with a time constraint of 60 days; during that time, they must make all the renovations and modifications they think will help sell the house for a profit.

House Hunters is a series that brings potential home buyers a better understanding of the process, with each episode following a prospective buyer and an agent from start to finish. The hugely popular show debuted in 1999 and is still one of the most viewed shows on HGTV. According to Nielsen, 25 million people watch House Hunters each month! 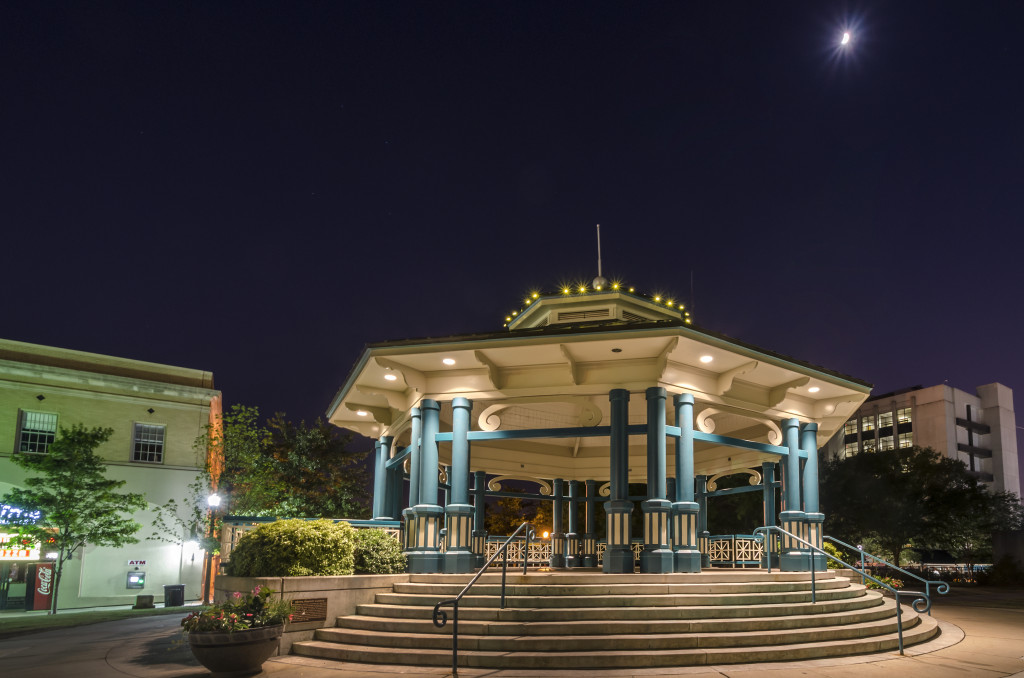 Access to suburban settings, a fast-paced city lifestyle and hip locales make DeKalb County a popular destination for filming and relocation. Given its prime location and resources, there are several thriving neighborhoods and cities frequently featured on television and in movies, such as East Atlanta, Edgewood, Kirkwood, Decatur, Stone Mountain, and Tucker – just to name a few!

All episodes of Flip or Flop Atlanta are filmed in the metro area. Some of the amazing transformations in DeKalb County areas range from a cramped kitchen in East Atlanta to a maze-like floor plan in Tucker and a jungle surrounding a home in Stone Mountain. Each episode of Flipping Virgins is also filmed here, with the popular premiere episode featuring a classic Craftsman-style bungalow in the bustling East Atlanta area. Another episode, filmed in Decatur, featured a couple completing their first flip while expecting their first baby. This episode also showcased the work of one of Atlanta’s hottest property staging companies, Design2Sell. Many House Hunter episodes have also been filmed throughout DeKalb County. 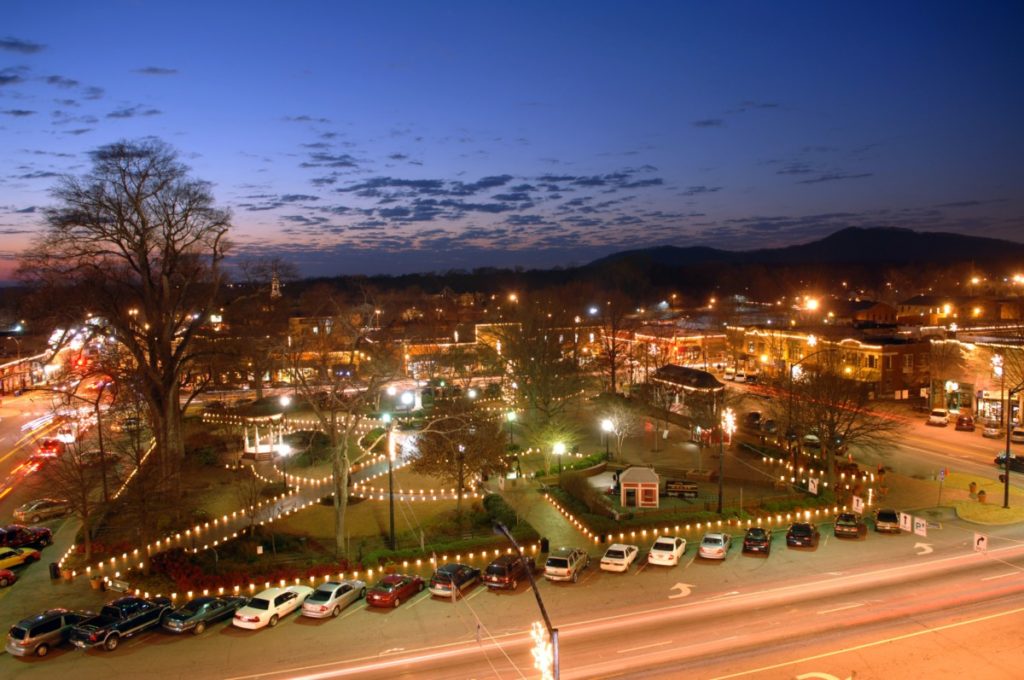 Long regarded as one of the best places to live in metro Atlanta, Cobb County captures the best of both worlds with its growing businesses, neighborhoods and eateries just beyond the perimeter. Cobb is a thriving commercial and residential area with hot spots like SunTrust Park, Six Flags Over Georgia and Six Flags White Water. The county also offers multiple options in terms of parks, golf courses, museums, galleries, theaters and shops. In addition, employment opportunities and school systems are some of the best in the state.

Popular cities and neighborhoods of Cobb County featured on all three HGTV shows include Marietta, Kennesaw, Smyrna and Vinings. One of the best episodes of Flip or Flop Atlanta features a Marietta home with an outdated kitchen and refrigerator that was transformed into an amazingly sleek kitchen with new appliances. Recently, Smyrna was featured on season three of Flipping Virgins, with a father and daughter duo transforming a modest nest egg into a handsome profit.

Stretching across the heart of metro Atlanta, Fulton County is broken up into three main areas – North Fulton, South Fulton and intown Atlanta – and it offers an array of options for its nearly one million residents. Outside the perimeter (OTP) offers more of a suburban lifestyle, while inside the perimeter (ITP) locations include neighborhoods like Buckhead, Inman Park and Cabbagetown. Cities and areas such as Atlanta, Midtown, Johns Creek, Sandy Springs and East Point have been featured multiple times on all three HGTV shows! 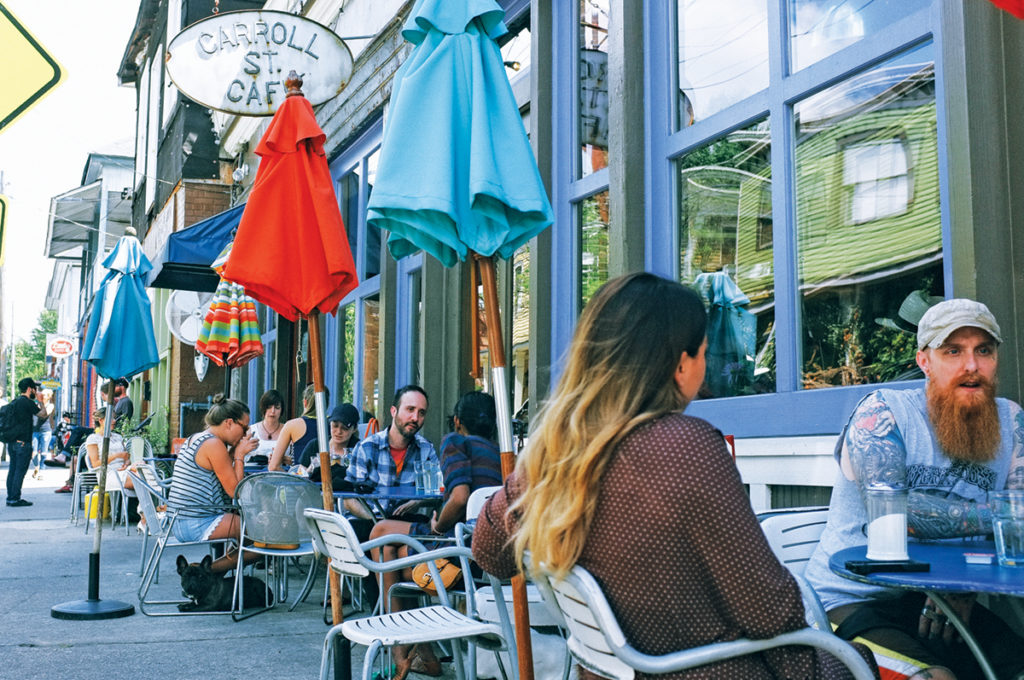 With affordable housing and a low cost of living, Atlantans get more while spending less. It’s easy to see why the metro area is known to producers, house hunters and flippers for its rich variety of housing styles and neighborhoods. Unlike scripted series or movies, which typically film in soundstages or on a single large set, reality shows rely on access to many filming locations. One of the biggest reasons that Atlanta is so appealing to reality producers is that it’s also appealing to reality audiences. Atlanta has such a variety of everything that it’s hard not to find something to love!