Lindsay Penticuff in Education , Private Schools in Metro Atlanta
May 24, 2020 5 mins to read

“Athletics offers an amazing opportunity for students to grow.” “They are dedicated. They are working together. They are excited.” “We are giving kids a place to be themselves and shine.”

These are just a few of the many things metro Atlanta private school coaches and athletic directors say when asked why they believe sports programs are important for young people. They are proud of the programs they offer students, and they are even more proud of how their student athletes learn what it really means to support each other through teamwork.

Of course, these programs aren’t just about camaraderie. Many students have won multiple state championships and even earned scholarships to Division I colleges. And as the athletic world changes and evolves, so do the sports programs offered by area independent schools. Here, we look at several metro Atlanta private schools and spotlight the sports programs they offer that give student athletes the opportunity to learn, grow and truly shine.

As with all sports teams at Eagle’s Landing Christian Academy, faith is at the center of what they do. By making basketball available to students at young ages, it allows the school not only to teach and solidify the fundamentals of the game, but also to give students the chance to work with coaches who are good Christians, says Derrick Mason, Boys Basketball Head Coach. The basketball program, which teaches children in first through 12th grades how to play the game, has been extremely successful, and the proof is tangible. The varsity boys basketball team was the Georgia High School Association (GHSA) State Championship Runner-Up for 2018-19 season, and 11 players are currently on basketball and academic scholarships at various universities. According to Mason, “Our student-athletes receive the opportunity to work together as a team, which we believe to be a vital attribute to success in life.”

Greater Atlanta Christian School: Something for Everyone

Since launching its sports programs, Greater Atlanta Christian School’s student athletes have won 60 state championships, and as of last school year, 21 have signed scholarships to play at the collegiate level. Out of the school’s nearly 700 students, 65 percent participate in sports.

“For many of our students, athletics is an area of passion and ability,” says Tim Hardy, Athletic Director and Head Football Coach. “Our coaches love to partner with our students as we train, practice and compete with joy and purpose.” 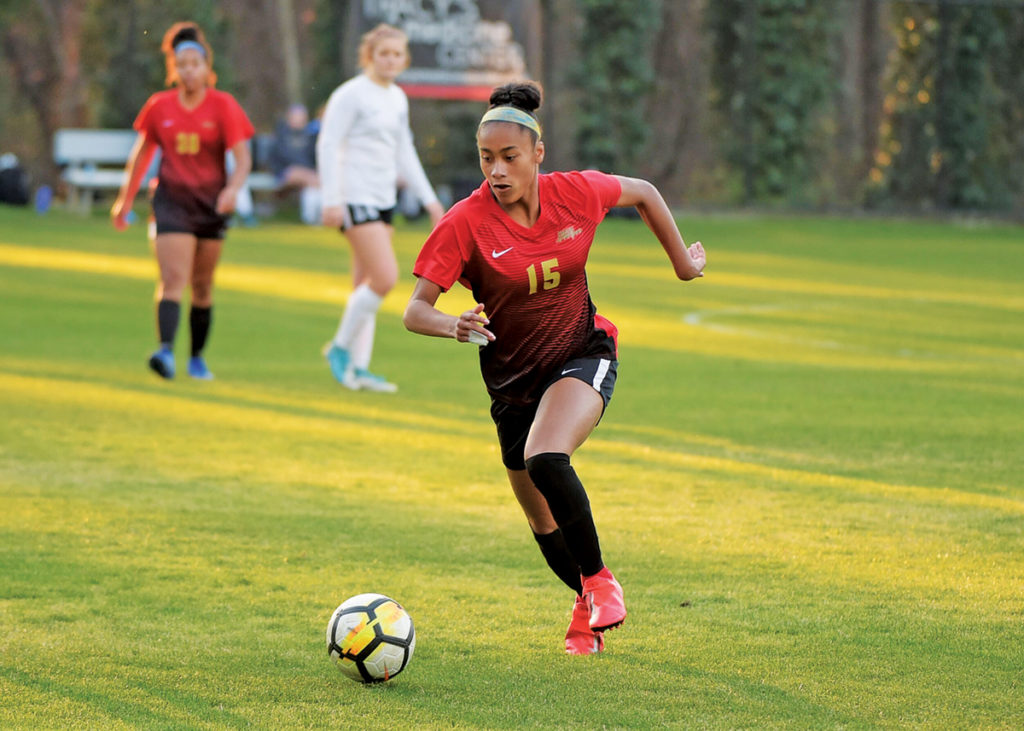 The Lovett School: A Real Ace

Having 10 tennis courts on campus is a great benefit to the students at The Lovett School who are participating in the school’s outstanding tennis program. Since the program was started, the girls tennis team has earned seven state championships and the boys 22. But it’s about more than state titles for the school, says Ricky Davis, Head of the Tennis Program. In addition to developing the whole child, the sports program is designed to develop the whole child. “For our students, being a part of Lovett’s tennis team is something much bigger than themselves,” Davis explains. “All of us enjoy winning more than losing, and we try to prepare our players to win. However, we do not measure our success by wins and losses, but by whether our athletes have grown as people and as players.”

The Mount Vernon School: In a New League 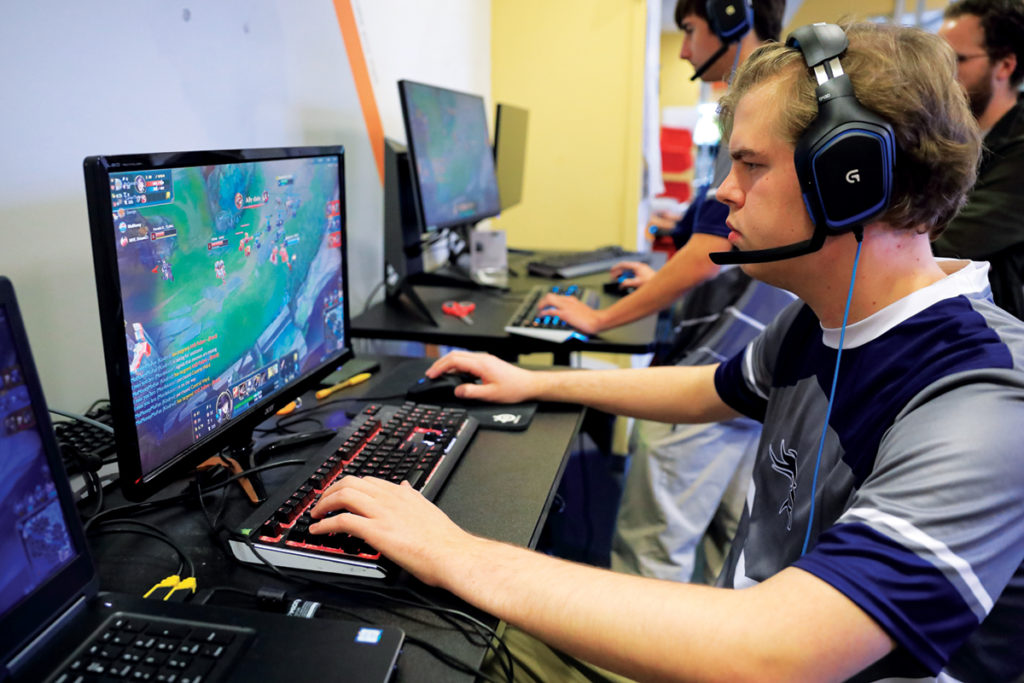 Esports is often associated with social video gaming, and the nuances and skills required to compete at the top level can sometimes go unnoticed. With an emphasis on collaboration, strong and effective communication, creative thinking and thorough planning, the Mount Vernon esports program focuses to prepare student-athletes for the intensity of competition play. More than 20 students in grades 9 through 12 participate in eSports at the School, competing in two of three separate state championships in a league of more than 80 teams from over 40 schools across Georgia. In the spring of 2019, Mount Vernon finished fifth in the state, advancing to the Sweet Sixteen State Tournament. As the program expands, Mount Vernon hopes to host local tournaments to cultivate long-term relationships and bridge the digital gap between players.

The cross-country program at Wesleyan is open to student athletes in sixth through 12th grades; for the fall season of 2019, 78 middle school and 138 high school runners are on the roster. With a 3.1-mile cross-country path located on campus and a robust coaching staff made up of 14 full-time employees, students have access to the facilities, training and attention needed to grow as a runner. The team’s record also speaks to the program’s success. The varsity boys and girls teams have won a total of 15 state championships and have finished the season as state runners-up 13 times. Throughout the history of the program, 11 student athletes have gone on to run in college, and alumni regularly return to participate in the annual cross-country camp the school hosts on campus.

The Westminster Schools: On the Deck 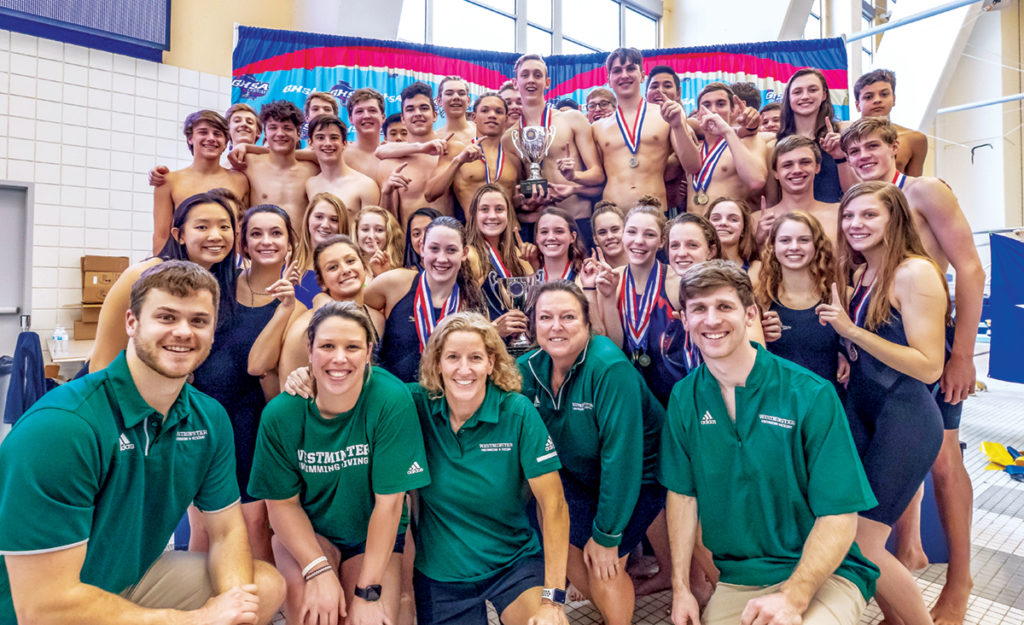 After joining the swim program at Westminster in 2017, Varsity Boys and Girls Swim Head Coach Sharon Loughran began infusing mindfulness techniques into the team’s practices, which she believes have had a tremendous impact on the success of the program, as well as the health and wellness of the school’s student athletes. Loughran bases her mindfulness practice after Jon Kabat-Zinn, PhD, the founding executive director of the Center for Mindfulness in Medicine, Health Care and Society at the University of Massachusetts Medical School. According to Kabat-Zinn, “Mindfulness means paying attention on purpose to the present moment and things as they are with curiosity and kindness.” By utilizing this practice, Loughran believes it has helped contribute to back-to-back GHSA State Championships for both the boys and girls swim teams.

Woodward Academy: More than a Game 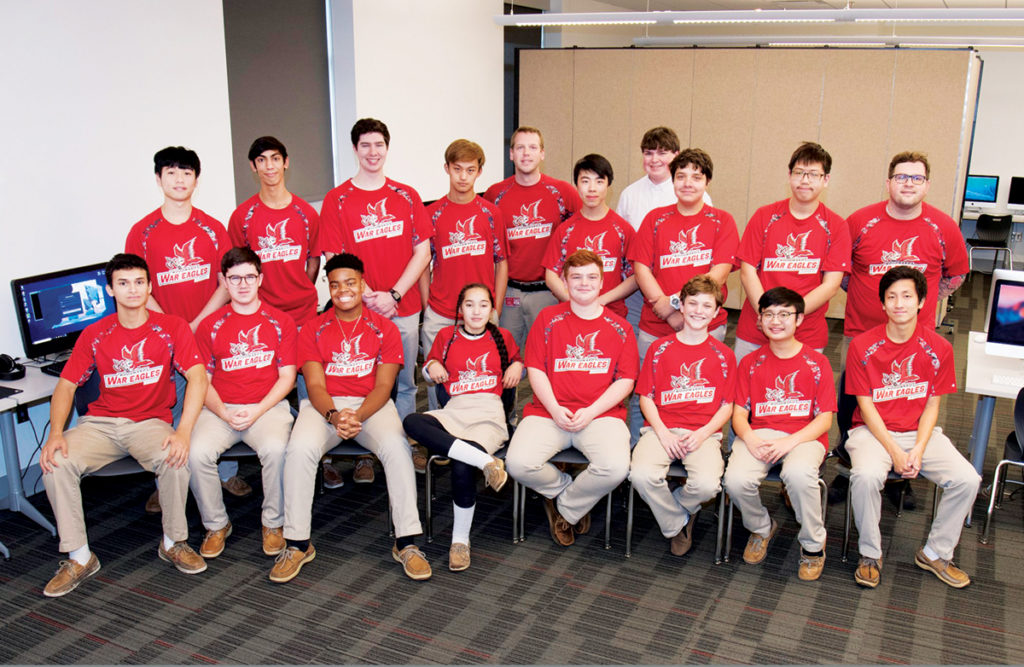 Since the GHSA added eSports to its official list of sanctioned programs in 2018-19, Woodward Academy has participated. It is one of the fastest-growing sports across high schools and colleges and provides different game options for student athletes. Students at Woodward in 9th through 12th grades play on the team and are proud to be a part of the cutting-edge of digital sporting. The team is excited to continuing growing and developing this school year, both in terms of skill sets and ability, and they are encouraged to recruit more females into the program to help continue to cultivate a culture of team unity. Esports Coach Daniel Wages and his team strive to make a positive, supportive team environment at Woodward, giving kids a place to be themselves and shine, while also converting a pastime like video gaming into a passion—one that is increasingly helping kids earn college scholarships.

Tips for Funding a Private School Education in Atlanta

The savings accounts you’ll want to consider as you make plans to pay for an education at one of Atlanta’s top private schools. read more